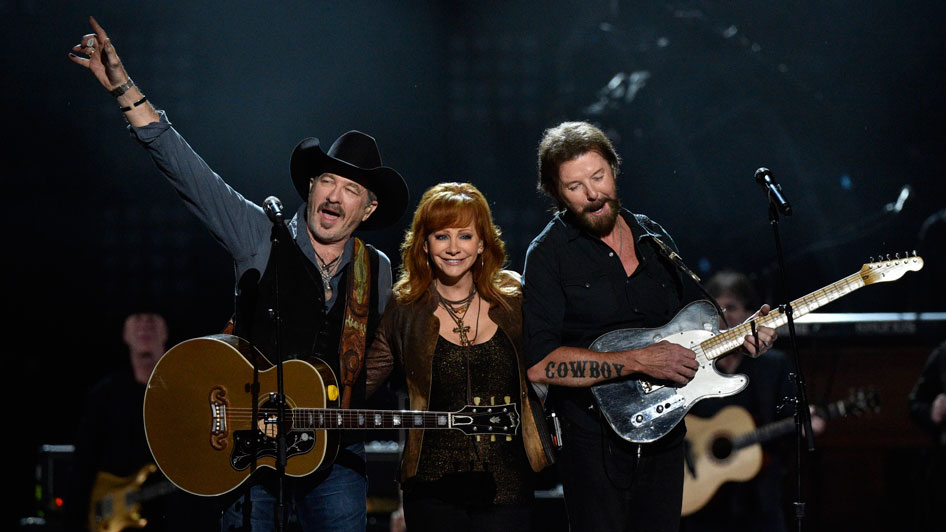 Get ready for even more fireworks at the CMA Awards as Reba and Brooks & Dunn will hit the stage  during Country Music’s Biggest Night™.  The 49 th Annual CMA Awards air live Wednesday, Nov. 4 (8:00ET) from the Bridgestone Arena in Nashville on ABC.  Check out the CMA Awards nominations and get ready for a great night of country music!

Reba has taken home six CMA trophies including the coveted Entertainer of the Year Award (1986) and was crowned Female Vocalist of the Year four consecutive years (1984-1987). She also hosted the 1992 CMA Awards alongside longtime host Vince Gill.

Reba and Brooks & Dunn will return to The Colosseum at Caesars Palace in Las Vegas in December following the successful initial run of dates for “Reba, Brooks & Dunn: Together in Vegas.” More dates have been added to their one-of-a-kind residency in May 2016.