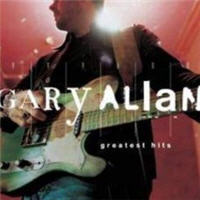 Surfs up as Gary Allan makes a big splash atop the Billboard Top Country Albums Chart this week. With sales of over 69,600, Greatest Hits is Allan’s second Number One album in less than two years. Known for his electrifying live shows, Allan played for over one million people in 2006 and has continued to sell out venues, breaking attendance records across the country. Combine his live show, his success at radio and high praise from music’s toughest critics and you begin to understand why Allan has become one of Nashville‚Äôs premiere artists. Come join the party and celebrate Number One at Gary Allan Greatest Hits Weekend at participating nightclubs across the country March 15-31, 2007.