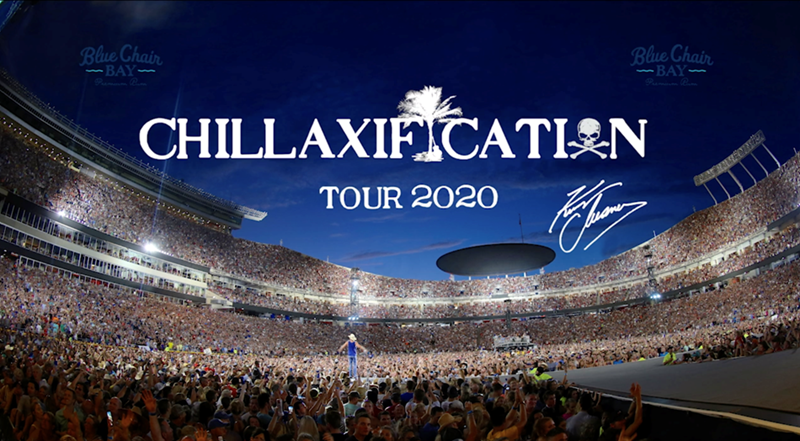 “These stadium shows are the most fun thing I do,” says the high-energy songwriter. “It’s been a year, so when I get out there, I wanna make sure that No Shoes Nation is being rocked, having fun and getting all the music they can out of the day. We always try to do something different, bring someone new – and for anyone who’s never seen Michael Franti and Spearhead, just wait!”

The only country artist on Billboard’s Top 10 Touring Acts of the Last 25 Years, Chesney’s summer stadium treks have become legend – and gave rise to the iconic No Shoes Nation. Built on a strong commitment to the fans, Chesney’s No Shoes Radio serves as a connector for the man The Los Angeles Times deemed “The People’s Superstar” and The Wall Street Journal hailed “The King of the Road.”

“I love playing for No Shoes Nation any time, anywhere,” says the soft-spoken superstar, “but these stadium shows are always something so powerful, I can’t tell you how much anticipation goes into each one. Not to mention, we’re always wanting to top what’s come before – and I think this lineup might just pack the most fun of them all.”

News update:   Before the tickets have officially gone on-sale, response to the Gillette Stadium finale of Kenny Chesney’s 2020 Chillaxification Tour was so strong, they’ve already decided to add a second show on Saturday, August 29.

It’s amazing to me how much the people there and where I’m from have in common,” Chesney says of the unlikely bond. “Passionate people who care about each other, who work hard, play hard and see music as something that brings them together. I am always amazed at the way these final tour days in Boston hit us so strong and so hard. Rather than waiting, based on the calls, texts and tweets, we figured we should just go ahead and get this second show on sale, too.”

Blue Chair Bay Rum returns as tour sponsor. Chesney’s award-winning line of rum will again be the presenting sponsor, with activations throughout the summer.

Recently singled out by Variety as “Country’s only long-term stadium act,” Chillaxification 2020 builds on the enduring rite of summer that Chesney’s stadium shows have become. With the multiple week No. 1 “Get Along” from his deeply personal Songs for the Saints, benefiting the Love for Love City Fund, and the steamy “Tip of My Tongue” hovering just outside the Top 10 at Country radio, there’s a lot of new music, old favorites and surprises on tap for what will be the summer’s biggest tour.

Having defined the country music stadium experience over the last decade and a half, Chesney spent this year’s Songs for the Saints Tour taking his music to the cities that have been overlooked on his massive million-tickets-a-summer treks. Having played 159 stadium shows – rocking over a million people at Gillette Stadium alone – Chillaxification 2020 promises to be everything No Shoes Nation has come to expect from the man who gave them “American Kids,” “Beer In Mexico,” “Out Last Night,” “Noise,” “When the Sun Goes Down” and more. 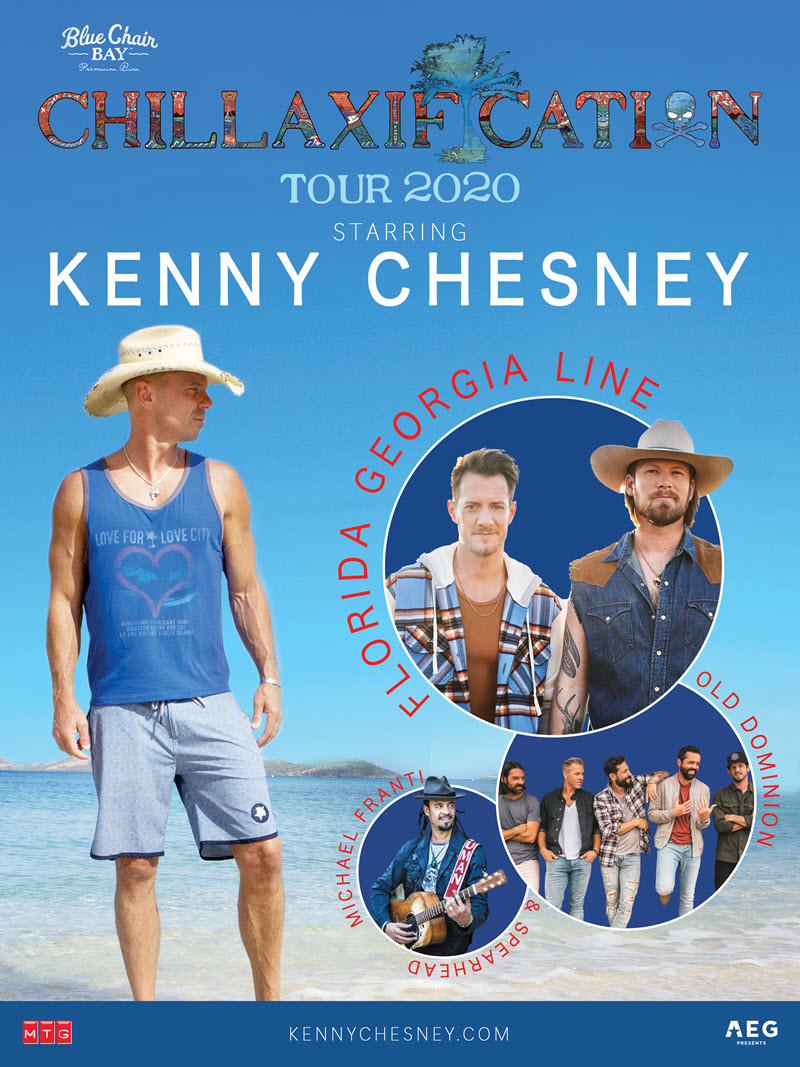