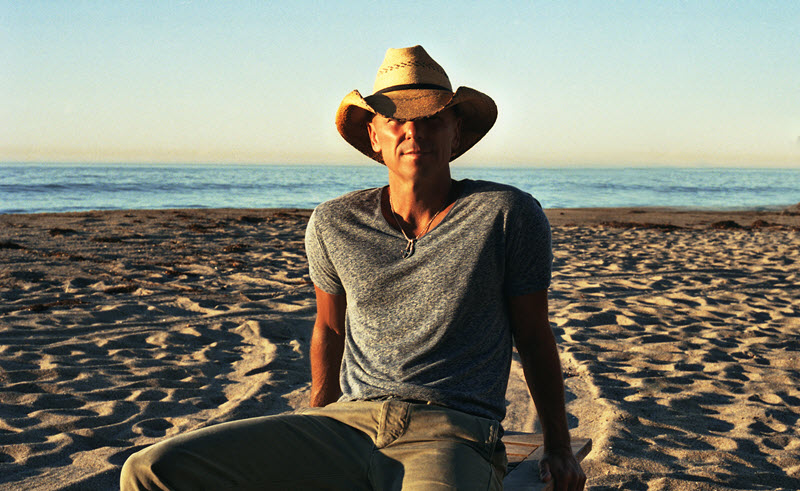 When Kenny walked into a marketing meeting late and on the phone, it was obvious he was focused. What no one knew was the East Tennessee superstar/songwriter was hip-deep in a conversation with Shane McAnally that would become “Noise,” completed that day – and rushed into the studio two days later.

“Sometimes you know you’ve got something so timely, so right then, you have to grab it,” Chesney says. “It seemed like everywhere I turn, everywhere I go, there is so much stuff coming at you. Your phone, your car, on the streets, on TV. Everywhere it’s just so loud, so much, so many different things – all pushing buttons, being sensational, shouting for attention.  You can’t escape it, and you can’t turn it down.”

“When Shane and I started talking the next morning, the topic came up, then the song fell out with a real meter and the sense ‘This is a lyric.’ We got started, and I knew I had to get to that meeting – and was literally writing in the car as I was driving into town. I actually sat in my manager’s parking lot, still working on the lines, the phrasing, the rhythms… Until finally I had to go in.”

“Wrecking balls, downtown construction/ Bottles breaking, jukebox buzzing/ Cardboard sign says ‘The Lord is Coming’/ Tick tick tock…” begins the surging song that embodies the nervous rush of sonic overload. As the tempo builds, the layers thicken and the electric guitars rise, then shape the shafts of melody, as the song continues, “Rumors turn the mills back home/ Parking lot kids with the speakers blown/ We didn’t turn it on, but we can’t turn it off off off…”

“The chorus is very orderly, very much a staccato press,” Chesney says. “If there’s anything that sums up both the state of the world and the reality of what it costs us and feels like, it’s that. It’s all right there: ‘We scream, we shout til we don’t have a voice/ In the streets, in the crowds, it ain’t nothing but noise… drowning out all the dreams of this Tennessee boy/ Just trying to be heard… in all this noise’ says it all.”

Chesney has always been an artist to harness a moment and respond to his environment. Whether it was the freewheeling GRAMMY-nominated “American Kids,” the girl empowering “Wild Child,” the power of music and memory “I Go Back,” the way life’s tragedies can be its greatest gifts the Academy of Country Music Single of the Year “The Good Stuff” and “There Goes My Life,” “Noise” – arriving at country radio March 24th – may well be another one of those essential truths about life as we live it.