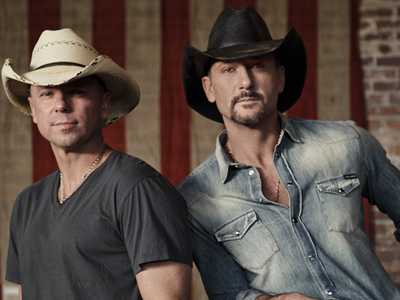 Get ready Cincinatti – Kenny Chesney and Tim McGraw are bringing the  Brothers of the Sun tour to Paul Brown Stadium on July 1, 2012.

"Our friendship was forged on the road, so it's going to be a blast heading out with Kenny again," said McGraw. "We'll be having as much fun on stage as the fans will be having in the audience."

Paul Brown Stadium is based at the foot of downtown Cincinnati, the largest riverfront landmark. It is approximately five blocks west of Great American Ballpark. It is bordered by Pete Rose Way on the north, Mehring Way on the south, Elm Street on the east and Central Avenue on the west.

There are numerous public and private parking lots around the stadium.