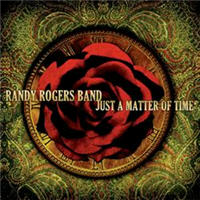 The Randy Rogers Band pledges allegiance to the Texas way: beer, southern girls, and real country-rock. Rowdy and rough, the band keeps the party going until the searing southern sunlight arises. Kiss Me in the Dark, the first single off their new album Just A Matter of Time, reveals the true Texas soul of the band and stays true to Rogers’ belief in honest, straightforward storytelling.

The Randy Rogers Band follows the less-traveled path of true southern music that will lift your beer glasses and stick to your ribs.

Turn right and make an immediate turn left onto the S. Outer Belt Rd.
Proceed to the end of the road to Whiskey Tango. For more information, call (816) 561-2560.