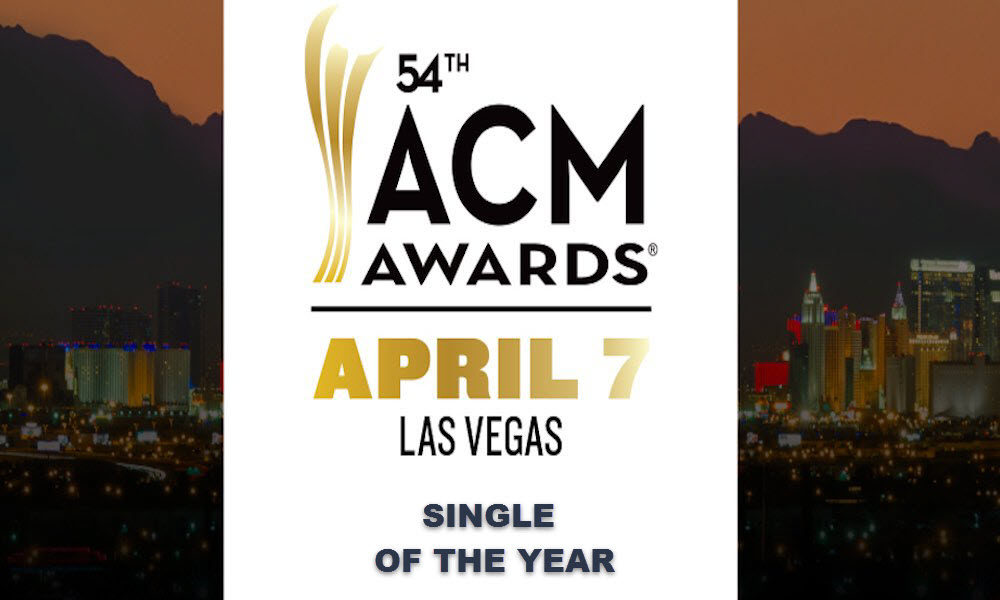 2019 Academy of Country Music Awards nominees for Single of the Year are Down To The Honky Tonk – Jake Owen, Heaven – Kane Brown, Meant To Be – Bebe Rexha featuring Florida Georgia Line, Most People Are Good – Luke Bryan, and Tequila – Dan + Shay.  Here’s a look at each of the contenders.  The winner will be announced at the ACM Awards live from Las Vegas on April 7, 2019.

Down To The Honky Tonk – Jake Owen

Jake Owen (whose real name is Joshua Ryan Owen– WHAT?) has been in the music scene since 2006, and has released 6 studio albums, won 2 awards, and been on four tours throughout his career so far. Along with being an incredible singer, he’s also an incredible golfer. In fact, the singer almost took it u professionally, until a wakeboarding accident left him unable to continue practicing the sport for years. Luckily, he chose to spend his recovering learning how to play guitar, and that was the beginning of his musical career!

Kane Brown has spent his entire life facing discrimination due to the fact that he is multiracial– part white, black, and cherokee– but he never let that hold him back from showing pride in his roots. He kicked off his pursuit of a musical career in 2014 when he started posting videos on social media of him covering songs by artists like Brantley Gilbert, Alan Jackson, and Billy Currington, which soon connected him to his then-label, Zone 4. And the rest… is history. Will he take the win for this category? We wouldn’t be surprised!

Bebe Rexha has always respected country music as a genre, so when she decided to take on Florida Georgia Line as the other part of this hit duet, she described it as “meant to be” (pun fully intended). “When we wrote the song, Tyler was just doing what he does best with his country roots and I was doing what I knew best with my roots. We were just being true to ourselves,” Rexha said in an interview. Obviously pushing boundaries paid off for the artists, considering they’ve already taken home 3 awards for this song alone!

Most People Are Good – Luke Bryan

Twelve years and six albums later, Luke Bryan is still killing the game and thriving more than ever before. He’s a full-time dad, country artist, and judge of American Idol, and we still don’t know how he makes it look so easy. Although Luke is one of the happiest guys we’ve seen, he’s overcome his fair share of tragedy, losing two of his siblings and his brother-in-law, prompting him to adopt his nieces and nephews as his own. When we say Luke Bryan is an inspiration to us, we couldn’t be more sincere, and we’re looking forward to seeing if he pulls of yet another victory!

Before becoming the power duo that we all know and love, Shay is an Arkansas native while Dan grew up in Wexford, Pennsylvania. Together, they have released three albums: Where It All Began, Obsessed, and Dan + Shay. These albums have also included a total of 9 singles, of which 5 have taken over the Country Airplay chart. When it comes to country duos, Dan + Shay are the real deal and they’re only just getting started!

Check out the full list of 2019 ACM Awards nominees. The ACM Awards will be broadcast live from MGM Grand Garden Arena in Las Vegas on Sunday, April 7 at 8:00 PM ET/PT on CBS.  Who’s your pick to win Single of the Year?