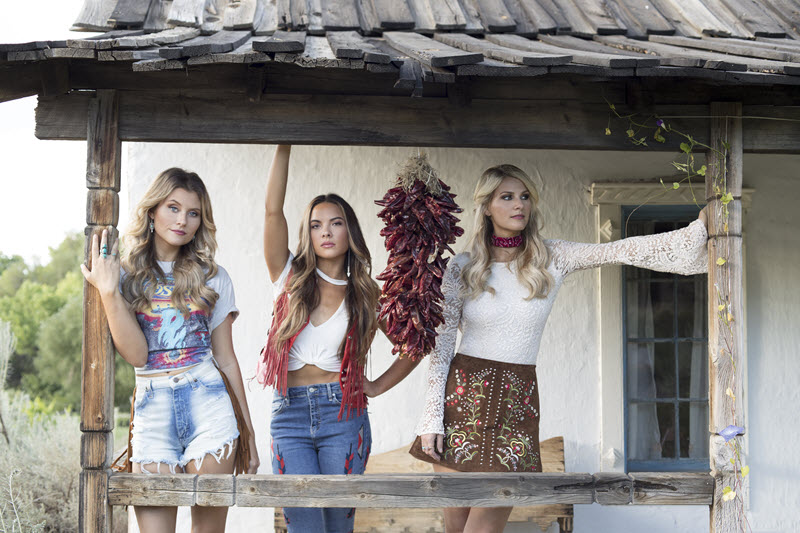 ACountry salutes Runaway June on their first-ever ACM Award nomination for New Vocal Duo Or Group Of The Year.

“We are overwhelmed with excitement,” the trio exclaimed. “A nomination from your peers feels like an award of its own. We could not be more grateful and thrilled!! Thank you so much to everyone who voted for us! Vegas baby!”

Runaway June recently became the first all-female trio in over a decade to earn two consecutive Top 40 singles on the Mediabase Country Chart. Lauded “one of the best songs of 2017” (One Country), watch the official music video for “Wild West”

Lauded by Billboard as the “Next Hot Trend in Country Music” and likened to a ‘Dixie Chicks for a new generation,’ Runaway June’s organic three-part harmonies and ringing strings are sweeping the nation, leaving a mark on one infatuated audience after another with its “inescapable talent” (AXS.com). The BBR Music Group/Wheelhouse Records act is comprised of the vocal stylings and musicianship of Naomi Cooke (lead vocals, guitar); Hannah Mulholland (vocals; mandolin); and Jennifer Wayne (vocals; guitar).

With Runaway June’s debut single “Lipstick,” the trio made history becoming the first all-female trio in over a decade to earn a Top 25 single on the Mediabase Country chart..  The red-hot nominees have opened for the legendary Garth Brooks, Alan Jackson and Willie Nelson, and recently wrapped CMT’s Jon Pardi Tour. They are currently in the studio with revered producer Dann Huff working on their first project for Wheelhouse Records.