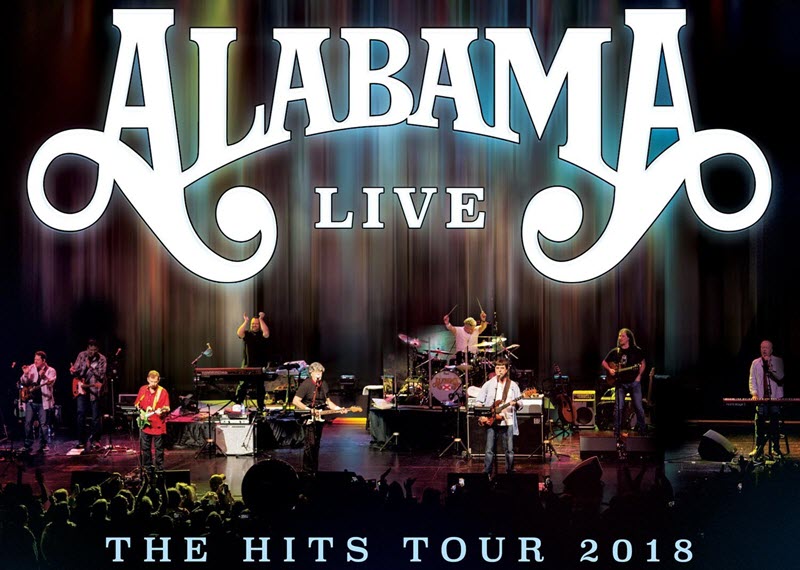 “This year’s tour is for the lifelong fans, and also the younger generations just now discovering the music,” Randy Owen notes.

Tony Conway continues, “The band is having fun, selling tickets, and sounding unbelievable vocally. This tour is about the music of the past 49 years the band’s 43 No. 1 singles. Alabama is still and will always be the greatest country band in American History.”

Tickets are available now and selling rapidly. The band added a third consecutive night in Atlanta at The Fox Theatre due the high demand. Grab your tickets fast to experience the greatest Country live show of your life!

Alabama is the best-selling country band of all time.  They have amassed a staggering 43 #1 hits at country radio and have sold over 73 million albums, earning 21 gold, platinum and multi-platinum certifications.  They have released 50 albums and won 178 awards including three GRAMMY® Awards and numerous CMA Awards.  The band was also named ACM Entertainer of The Year an unprecedented 5 times in a row.  They have sold over 28 million concert tickets and are proud members of The Country Music Hall of Fame.

Visit www.theAlabamaband.com to purchase tickets and also keep up with new dates.  More dates are expected to be announced.