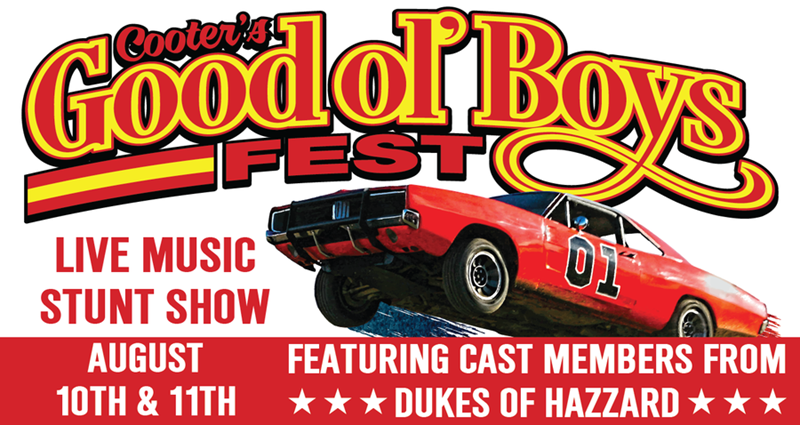 Ben Jones, known by many as Crazy Cooter Davenport from the The Dukes of Hazzard, announces Wynonna as the headliner for the 2019 Good Ol’ Boys Fest taking place August 10-11 in Shenandoah, Virginia. General admission tickets are $45 for a two-day pass, $35 for a single day pass, $15 for a two-day kids pass (3-12 years old) and are available at www.cootersplace.com. Military and first responder discounts are also available.

“This is going to be a big birthday party,” says Jones. “You only celebrate your 40th anniversary once, and we thought we might as well celebrate in a big way. Having never included big name music in our previous events we decided this year was the time to do it and we are so thrilled to have Wynonna coming.”

“We are especially proud to be presenting Confederate Railroad in the face of out of control “Political Correctness”, Jones elaborates. “Hazzard Nation stands behind them, will fight for them and will fight to prevent this kind of cultural discrimination.”

James A. Smith and the Northeast Ohio Dukes have teamed up to bring an amazing stunt show, which will include the General Lee flying among other highlights. Other festivities include a Dukes replica car show, food and merchandise vendors, and BMX bike stunts. 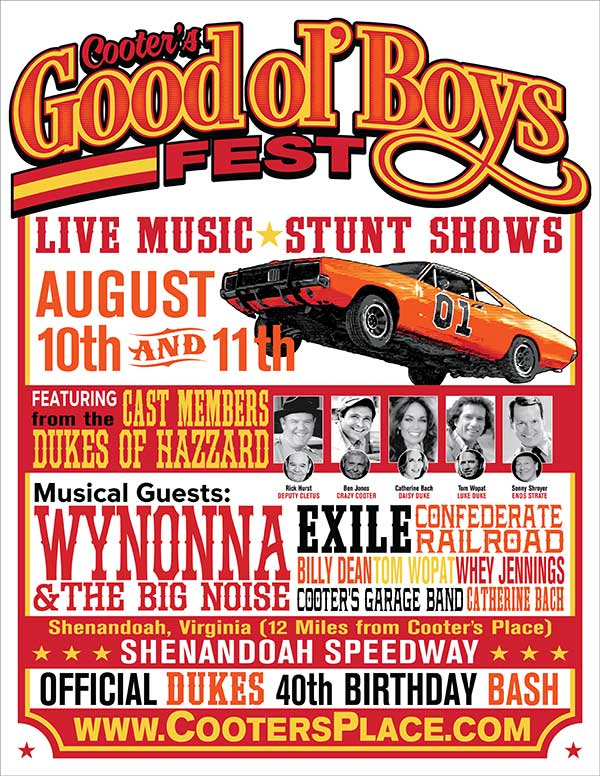