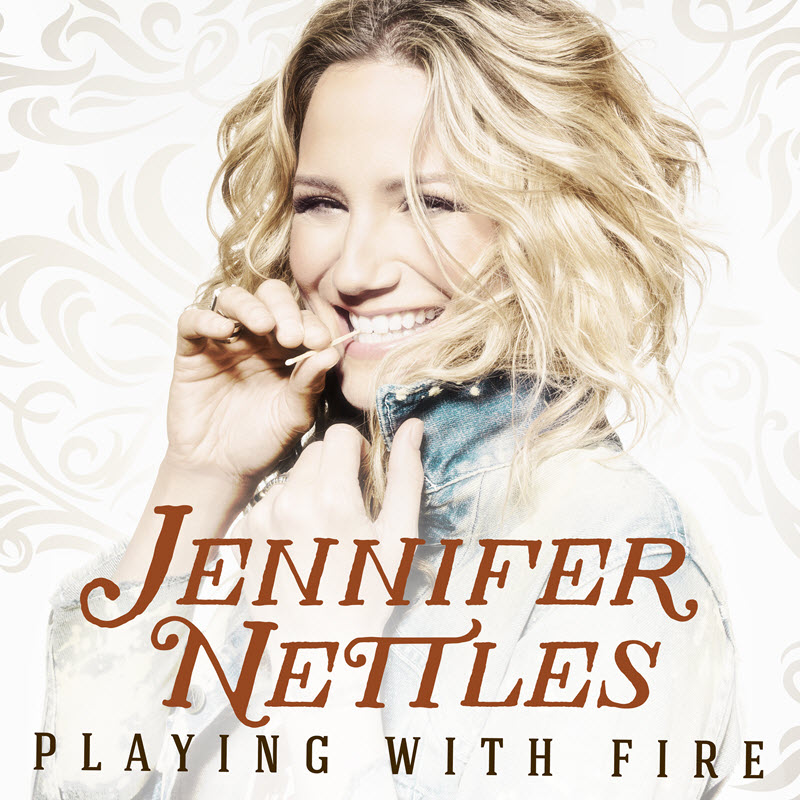 Jennifer Nettles’  second  solo album,  Playing With Fire,  will be released May 13 on Big Machine Records.  “I am so proud of this record,” Nettles says. “I can’t wait to share it with my fans and hear their reactions. It is a ton of sass and emotion and fun.”

Produced by Dann Huff, the album was recorded in Nashville with collaborations with Brandy Clark, Shane McAnally, Jessie Jo Dillon and Lori McKenna on each of the album’s 11 tracks.

The album’s lead single “Unlove You” is currently ascending the Country radio charts. Fans and critics alike have praised the song, with Rolling Stone calling it a “smoldering tune” and Taste Of Country hailing it a “soaring ballad” and a “reminder of just how talented of a vocalist [Nettles] truly is.”

Playing With Fire comes on the heels of a busy year’s end after the Playing With Fire Tour.  Jennifer also played Dolly Parton’s mother on NBC’s critically-acclaimed and ratings success Dolly Parton bio-pic “Coat Of Many Colors,” and hosted ABC’s CMA Country Christmas special.   She is currently on the road for CMT’s 2016 Next Women Of Country Tour.