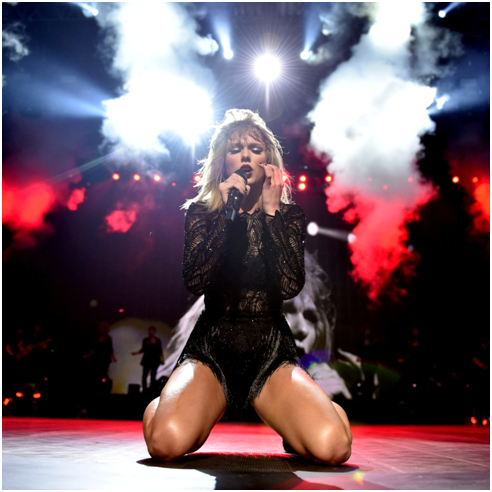 Taylor Swift, the first woman in GRAMMY® history to ever win Album of the Year twice, took the stage for an intimate concert with stadium-size production in a 60,000 + -square foot venue created especially for this event.

Songs featured in the broadcast special include:
“New Romantics”
“Blank Space”
“I Knew You Were Trouble”
“I Don’t Wanna Live Forever” (Live Worldwide Debut; Acoustic)
“You Belong With Me”
“Red”
“All Too Well”
“Bad Blood”
“Out of the Woods”
“Shake It Off”

Super Saturday Night is the 12th annual DIRECTV event leading up to the biggest NFL sporting event of the year, and the first time Taylor Swift has performed during the festivities. The concert event is part of AT&T’s exclusive multi-year, multi-faceted deal featuring performances, content and unique fan experiences with 10-time GRAMMY® award-winning singer, songwriter, musician and producer, Taylor Swift.