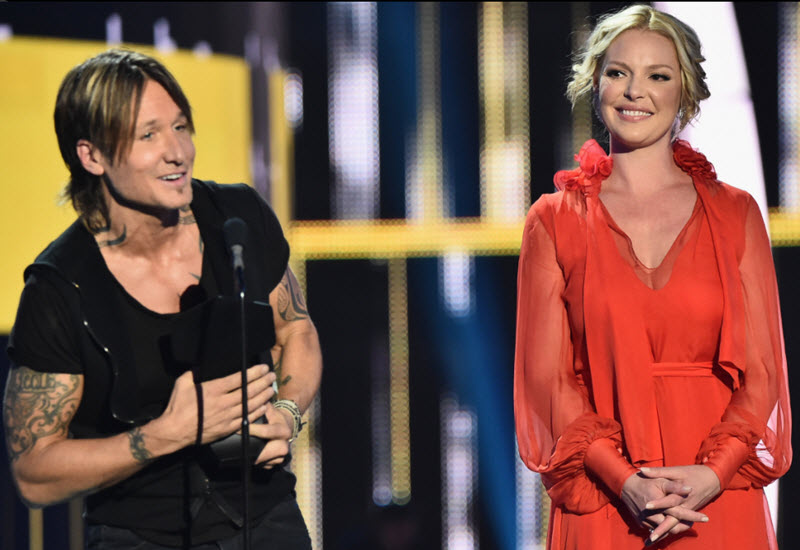 The show kicked off with a celebration of the life and music of the late Gregg Allman. Country superstars Jason Aldean, Darius Rucker and Charles Kelley wowed the audience with an acapella version of “Midnight Rider” before seguing into a full on jam featuring former Allman Brothers band member Derek Trucks, while images of Allman filled Music City Center, earning a standing ovation.

Peter Frampton and Brothers Osborne owned the CMT outdoor stage with a gritty, guitar-fueled performance of “It Ain’t My Fault.” Miranda Lambert celebrated the power of pink plastic with the world premiere performance of “Pink Sunglasses” in front of thousands of fans adorning their own beloved pink shades. Backed by a sexy squad of dancers, Thomas Rhett got the audience on their feet with his hit “Craving You.” With thousands of fans lining the streets, The Chainsmokers and Florida Georgia Line performed an EDM/country mash-up of “Last Day Alive” for the first time anywhere from a rooftop high a top the Nashville skyline.  Blake Shelton sang of yesteryear with his hit “Every Time I Hear That Song.” Brett Eldredge brought the beat and an entire drumline for “Somethin’ I’m Good At.” Little Big Town delivered an emotionally charged world premiere performance of “When Someone Stops Loving You.” Jason Derulo and Luke Bryan continued their budding bromance with their electrifying mash-up of “Strip it Down” and “Want to Want Me.” Kelsea Ballerini debuted her soon-to-be-smash “Legends.” Earth Wind & Fire closed out the show with Lady Antebellum with a country funk mash-up of “You Look Good” and “September.”

VIDEO OF THE YEAR

MALE VIDEO OF THE YEAR

FEMALE VIDEO OF THE YEAR

DUO VIDEO OF THE YEAR

GROUP VIDEO OF THE YEAR

BREAKTHROUGH VIDEO OF THE YEAR

COLLABORATIVE VIDEO OF THE YEAR

CMT PERFORMANCE OF THE YEAR