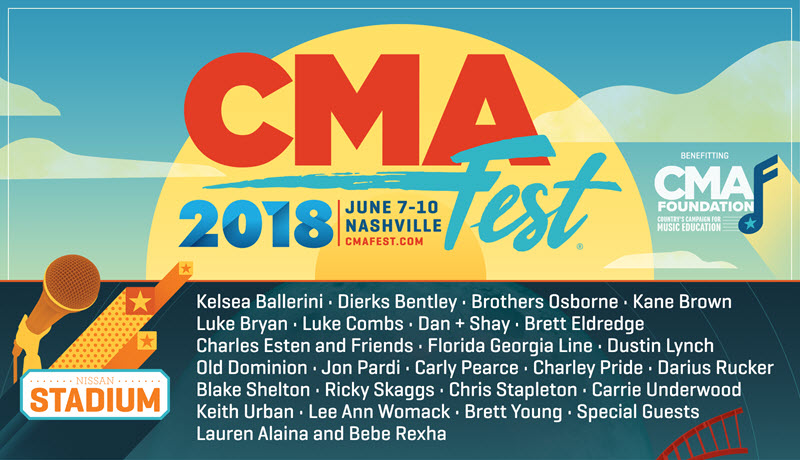 Outdoor daytime performances at Budweiser Forever Country, Riverfront and Breakout stages are free and open to the public. All artist lineups are subject to change. Additional stage lineups, Fan Fair X activities, and more will be announced in the coming weeks. CMA Fest will once again be filmed for a three-hour national television special to air on the ABC Television Network.

The Ultimate Country Music Fan Experience™ began in 1972 as Fan Fair®, which drew 5,000 fans to Nashville’s Municipal Auditorium. Now in its 47th year, the legendary festival has become the city’s signature Country Music event that hosts in excess of 90,000 fans from all 50 states and two dozen foreign countries. In 2017, CMA Fest featured 11 stages with over 350 artists, 1,100 musicians, and 167 hours of music – all to benefit music education. Since 2006, CMA and the CMA Foundation have donated more than $20 million to sustainable music education initiatives across the U.S. thanks to the fans who attend CMA Fest and the artists who perform for free. CMA Fest is filmed for a three-hour ABC Television Network special – the only U.S. music festival with an accompanying TV event. 2018 marks the 15th consecutive year of the broadcast. 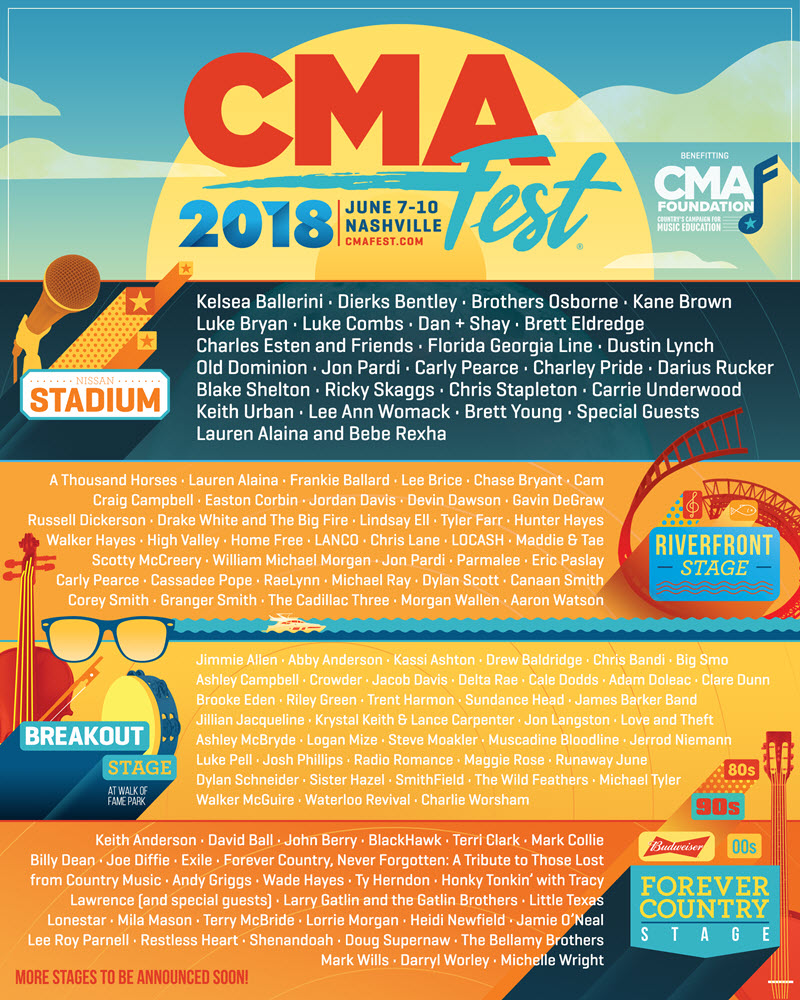