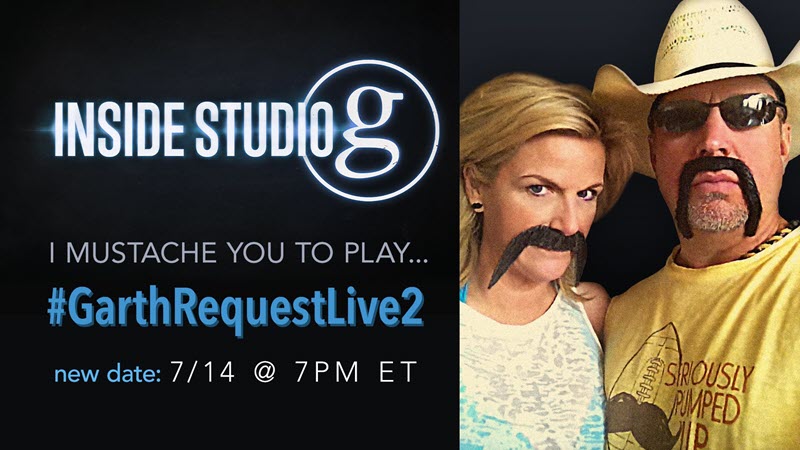 The Garth Brooks Facebook concert with Trisha Yearwood is back on and all systems go for tonight (July 14).   Garth and Trisha made the announcement on social media with fake mustaches in honor of Garth’s late tour manager Emmett Gilliam and his trademark handlebar mustache.

The acoustic #GarthRequestLive2 show is ON for tomorrow! Post your song requests with the hashtag and sport a mustache in honor of Emmett!!! love, g pic.twitter.com/0dluAnpA3V

The Garth Brooks / Trisha Yearwood Facebook concert was originally scheduled for July 7 but was postponed out of an abundance of caution regarding possible Covid-19 exposure.   The possible exposure thankfully turned out to not be an exposure and Garth and Trisha’s team all tested negative.