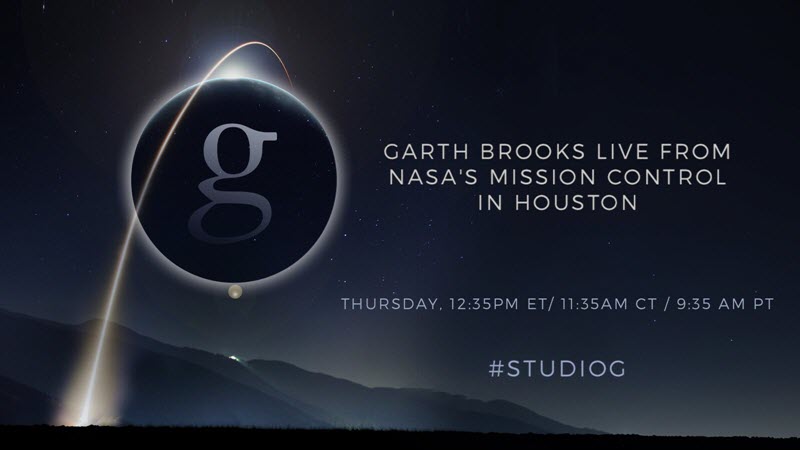 Garth Brooks visited NASA Mission Control in Houston today (June 29) for a special live video chat with International Space Station astronauts Jack Fischer and Peggy Whitson, including an acoustic rendition of “The River” with Trisha Yearwood.  Brooks and Yearwood placed the call during a tour of NASA’s Johnson Space Center in Houston in the wake of a social media post Fischer made prior to his launch in April that listed Brooks’ song “The River” as one of his favorites. Fischer and Whitson are scheduled to remain in orbit aboard the station until early September when they will return to Earth in a Russian Soyuz spacecraft.

Garth Brooks returns to Houston next year to open and close the Houston Rodeo.