“Hometown Rising was our first-ever country music festival and we couldn’t be more thrilled to have delivered two days of great music and incredible bourbon – two of Louisville’s cornerstones. We’re fans first and this was all about bringing a unique, tailored experience to the country music community. Thank you to the fans, artists and our partners for making our dream a reality,” shared DWP Founder Danny Wimmer.

Local news station WHAS 11 said of Hometown Rising, “[Danny Wimmer Presents] hit the right note. They have combined Louisville’s food scene with an incredible bourbon experience. They made sure a part of the city is ingrained in every single piece of the festival sights. It’s a splash of southern with Kentucky culture, bringing the traditional feel of country but adding a modern flair.”

Hometown Rising kicked off Danny Wimmer Presents’ Louisville Trifesta series, which continues with Bourbon & Beyond September 20-22 and Louder Than Life September 27-29. Tickets are still available at www.bourbonandbeyond.com and www.louderthanlifefestival.com.

In addition to performances from top music artists and various onsite attractions, attendees at Hometown Rising enjoyed a variety of onsite food and beverage offerings that celebrated menus and flavors inspired by Kentucky. Selections from local and regional restaurants were curated by Southern Hospitality Concessions LLC, DWP’s affiliate concessionaire.

The Highland Festival Grounds at KY Expo Center are located at 937 Phillips Lane in Louisville. 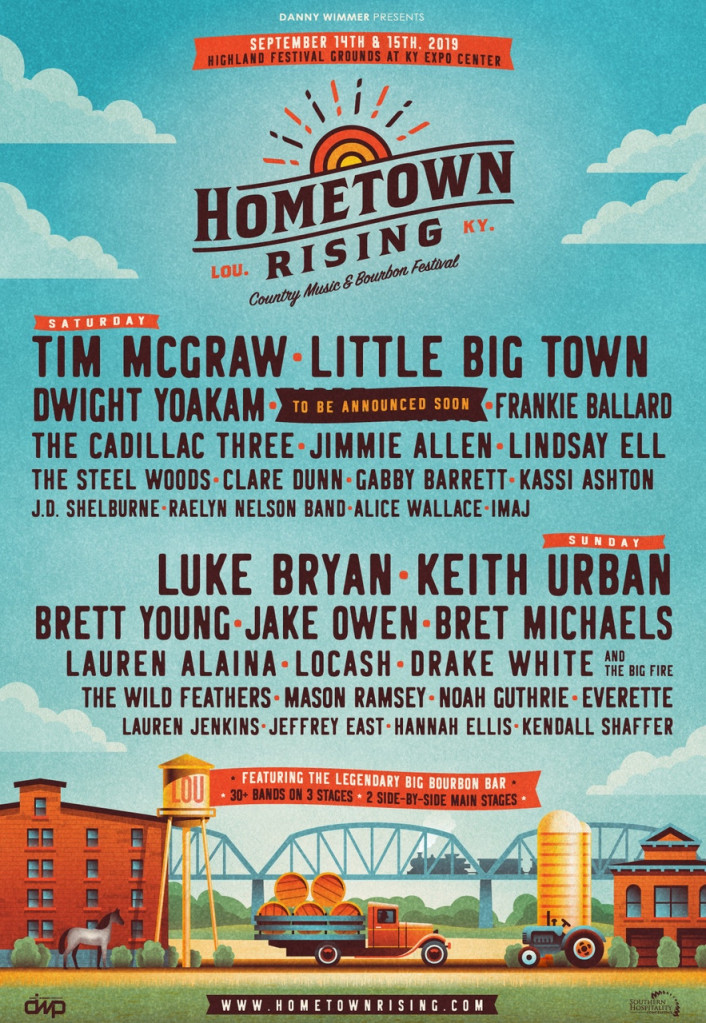