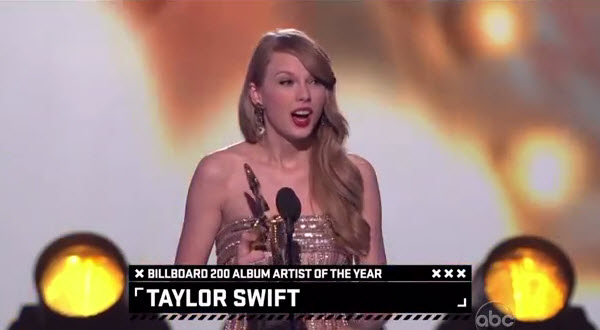 Taylor Swift was named Billboard 200 Album Artist of the Year at the 2011 Billboard Music Awards, winning out over Justin Bieber, Susan Boyle, Eminem and Lady Antebellum.  Taylor thanked her record label and her family – “for giving me the chance to make albums” and the fans who bought and played her album, Speak Now. “You’ve just given me another reason to be in love with you.”

Buy Taylor Swift tickets and join the fun on the Speak Now tour.