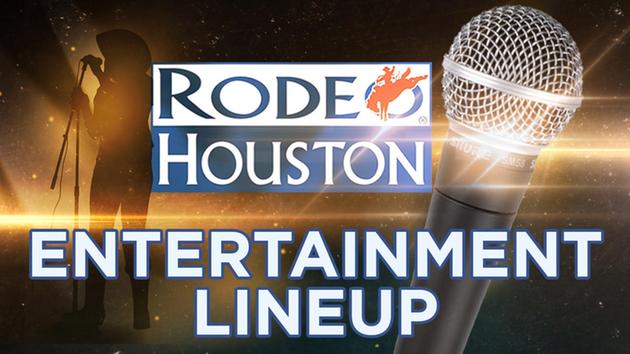 “With a number of RodeoHouston veterans and entertainers who are new to the rotating stage, the March entertainment schedule is set,” said Joel Cowley, president and CEO of the Houston Livestock Show and Rodeo™. “Houstonians can see a diverse offering of incredibly talented artists at truly affordable prices.”

Tickets will go on sale Saturday, Jan. 14, 10 a.m., through AXS Ticketing via rodeohouston.com. The Online Waiting Room opens at 9:30 a.m. on Saturday, but fans can pre-register any time at axs.com/rodeohouston_registration to make the ticket-buying experience easier.

News update:  Demi Lovato has been added to this year’s RodeoHouston lineup, replacing Meghan Trainor, who was removed from the lineup “due to doctor-mandated extended vocal rest.” 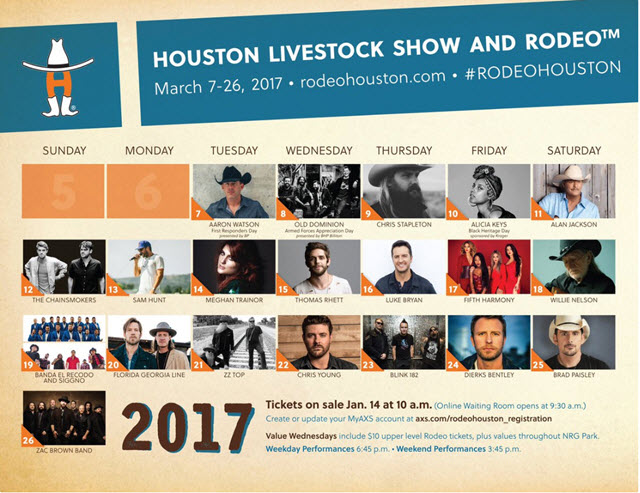