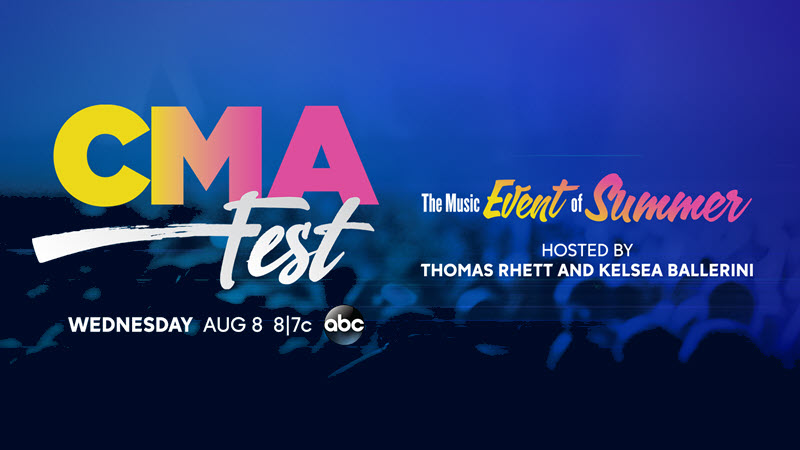 CMA Fest – the Music Event of Summer – premieres tonight (August 8) on the ABC Television Network. Hosted by Thomas Rhett and Kelsea Ballerini, the three-hour primetime special broadcasts for its 15th straight year, bringing Country Music’s Ultimate Fan Experience to a national television audience.  Tune in to watch CMA Fest from the comfort of your home.